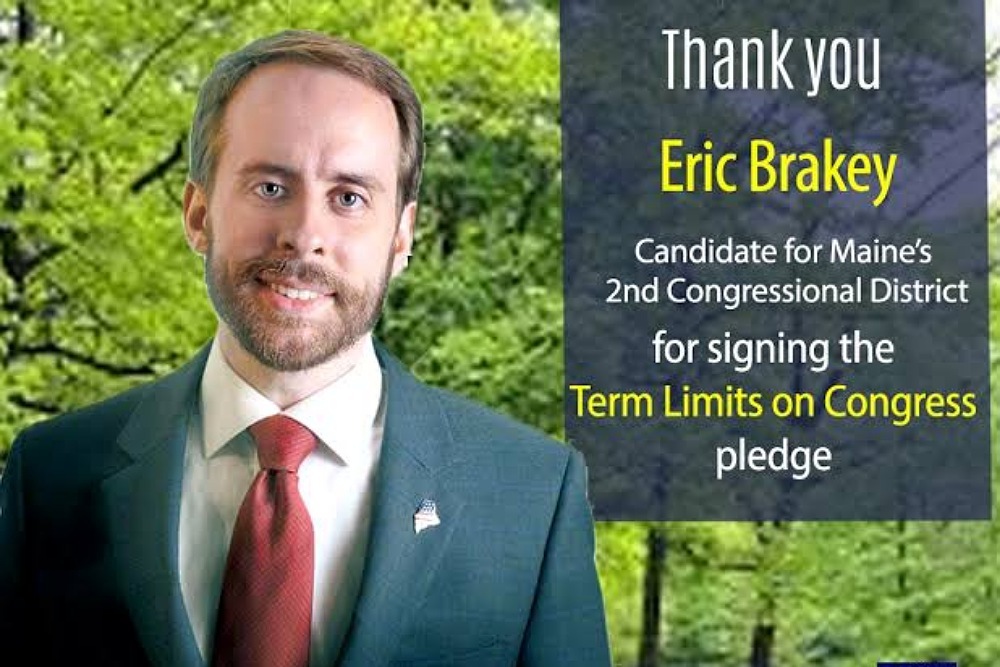 U.S. Term Limits (USTL), the leader in the non-partisan national movement to limit terms for elected officials, praises 2020 U.S. House candidate for Maine (district 2), Eric Brakey, for signing the pledge for an amendment to term limit Congress.  The primary election is scheduled for June 9, 2020.

U.S. Term Limits has the support of nearly 70 pledge signers in Congress. USTL President Philip Blumel commented on Brakey’s pledge saying, “Eric’s support of term limits shows that there are individuals who are willing to put self-interest aside to follow the will of the people. America needs a Congress that will be served by citizen legislators, not career politicians.”

Brakey says, “I am proud to declare my support for term limits because we have all seen the consequences of long-term incumbency. Our representatives should be focused on protecting our freedoms, not on securing their political careers in Washington.”